Thought, skill, and discipline are what ultimately separate the professionals from the amateurs. If you are writing a script for yourself or someone else, these 7 Steps will help you get started on your road to writing great script!

The Evolution of Text-to-Speech Technology 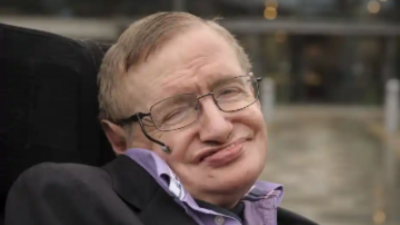 Hey everybody, this is Terry Hill from The Seaplace Group and you are listening to the Audio Blog of CREATEAIVoiceovers.com, the show that explains how to best use text-to-speech technology for content writers, educators, and entrepreneurs who are looking for an effective and cost-saving way to communicate with your audience.

The Evolution of Text-to-Speech Technology

Stephen Hawking is probably the first name that comes to mind when text to speech (TTS) voice assistive technology is mentioned. Hawking was diagnosed with a motor neuron disease known as amyotrophic lateral sclerosis (ALS) at age twenty-one, ultimately causing paralysis and confinement to a wheelchair, as well as an inability to speak.

Thanks to the use of Text-to-Speech voice assistive technology, Hawking was able to communicate his genius for decades longer than thought possible. Hawking’s new voice was made possible by the DECtalk DTC01, which was adapted specifically for the theoretical physicist from technology first designed for automated telephone answering systems.

When asked why he continued to use the now-obsolete DECtalk when more natural sounding voices became available, Hawking always stated that he identified with the voice, and saw it as his own. This should not be surprising since Hawking and the sound of DECtalk DTC01 have become inseparable to most people, with even different yet similar sounding devices being commonly identified as Dr. Hawking.

Hawking is said to have started using a new voice system, NeoSpeech‘s VoiceText speech synthesizer. However, it seems that rather than using the more natural sounding voice that NeoSpeech offers, he kept “his” voice, the sound of the original DECtalk.

Though Dr. Hawking’s input system is limited by his mobility (the use of cheek muscles and two fingers), this is not always the case. In most instances, Text-to-Speech technology is used by people who have full use of their hands but lack verbal communication abilities, such as individuals with autism or those who are visually impaired and use the software to read.

In these cases, the sound of the voice is more important than the text input, which also explains why most advancements have been made in Text-to-Speech. These developments have drastically improved the quality of life for many individuals who would otherwise be without the ability to communicate.

As a content creator, educator, or entrepreneur it is important that you are using Artificial Intelligence strategies to help save time and money as Text-to-Speech solutions can be enabled easily with minimal maintenance.

Until you join us again... Thank you and have a great day!

Don't miss out of this FREE Opportunity

No credit card information is required for the free trial.

more then 530 voices across 230+ language and dialects

Start today with our free 7-day trial, you can create a project(s) with up to
50000 Characters (approximately 7500 words) and unlimited downloads for FREE.
No credit card information is required for the free trial.

Get latest information from our social media platform